High quality products at the most competitive prices. 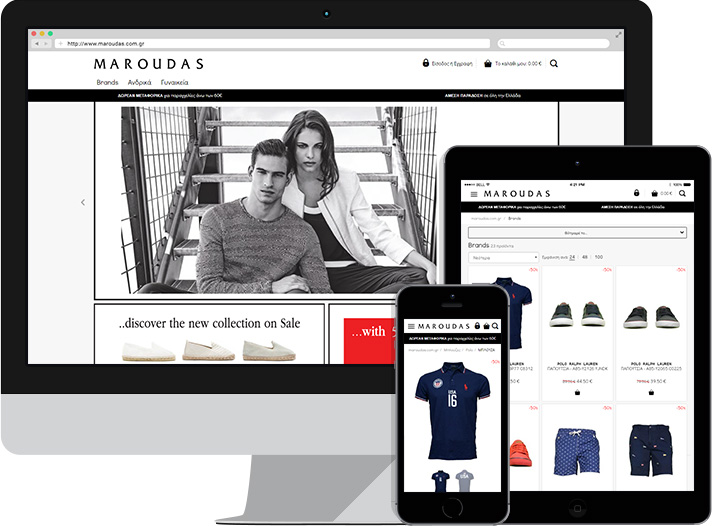 In 1975 the company passes into the hands of the second generation (Marios, Georgios Maroudas) who open the first Maroudas retail store for men's ready-made clothes at 27 Kalokairinou Street. In 1983, the first franchise was formed with United Colors of Benetton, and the first store of the same name was created by Maroudas. Important collaborations in the field of franchise follow, and the respective stores open with the companies: Hugo Boss, Max Mara, Marina Rinaldi, Gant, Paul & Shark, but also new Benetton stores in the cities of Heraklion, Rethymnon, Ierapetra.

Today the company lists 9 stores in Crete (6 in Heraklion, Crete), collaborating with more than 40 foreign suppliers. The constant goal of the company always remains to offer high quality products at the most competitive prices.